Night Goes Long is inspired by a book “Little Prince”. A serenade to Helsinki and city’s magical night. 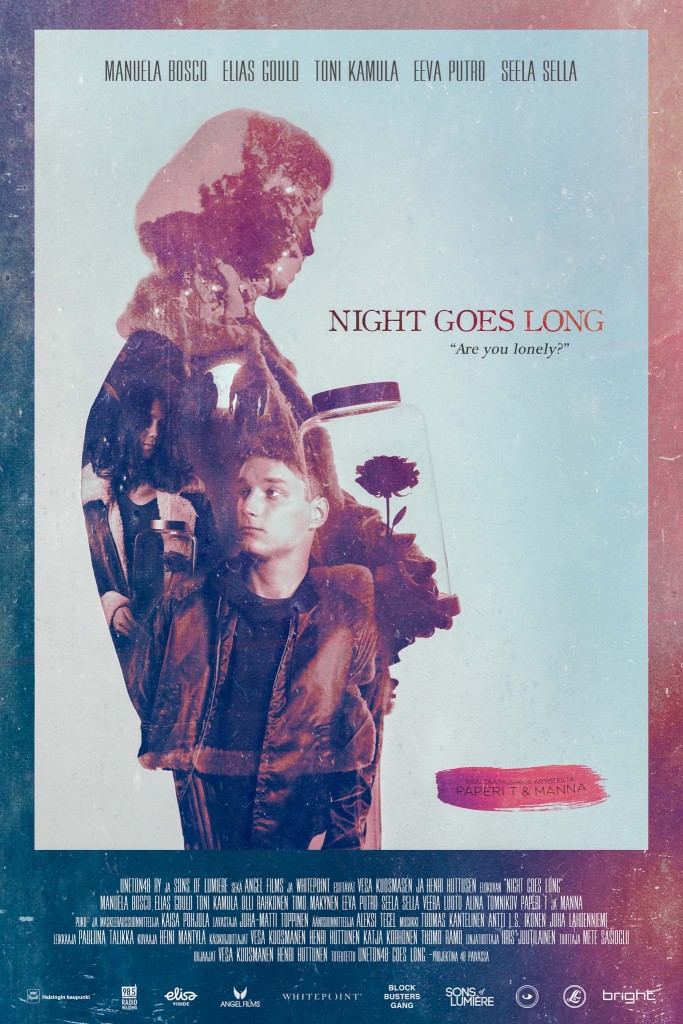 French meteorology researcher Sophie, living in Antarctica, arrives in Helsinki to find her online lover Mia. Mia had ended the relationship suddenly and with meeting her, Sophie hopes to regrow the love between them. As a surprise Mia meets a young man at the MIa’s apartment. This man, Jusa reveals crushing news: Mia is dead. Emotionally crushed Sophie wishes she had met Mia at least once and had experienced her life. Jusa promises to take Sophie exploring Mia’s world. So begins a magical journey through nightly Helsinki city on which Sophie sees different sides of her lost love and her city. She encounters peculiar people of Mia’s life and through this realizes that the target of her love wasn’t exactly what she had imagined.

The film is result of a new kind of production model – produced within 48 days and in cooperation with the audience.